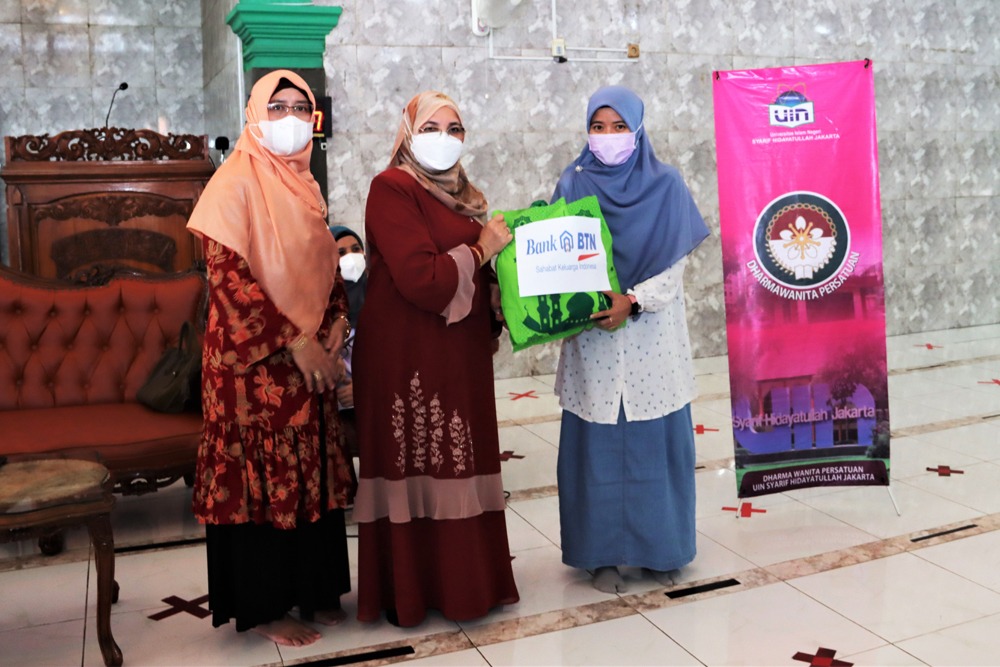 Rector Amany in her speech positively apprerciated the activities carried out by the DWP UIN Jakarta. According to Amany, this activity is expected to be a blessing to everyone.

She also expressed her gratitude  for the support and assistance of all parties, have provided the Eid hampers. “I would like to thank the partners who have supported this activity,” said Rector.

“On behalf of all UIN Jakarta academic communities, I wish you a happy Eid. Let’s celebrate Eid during this pandemic while maintaining strict health protocols,” said Rector Amany. (usa/ns)