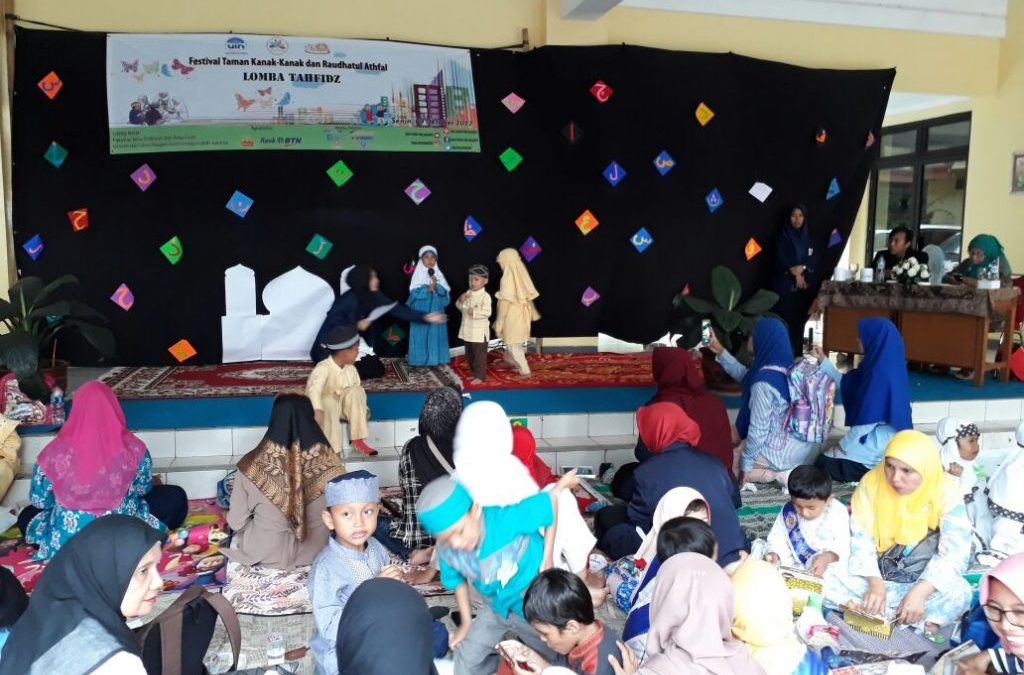 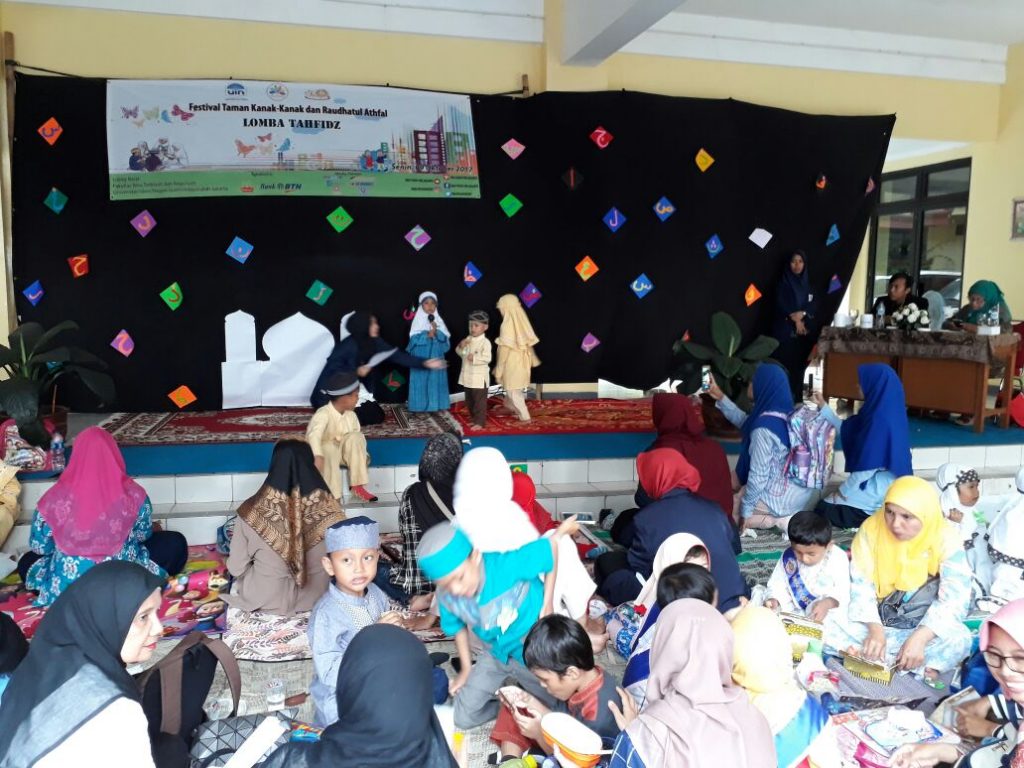 “There are approximately four hundreds participants from thirty kindergartens and RA around South Tangerang, such as Ciputat, Pamulang, and Bambu Apus who follow this festival,” said Chairman of the Committee Ade Lestari Dwi Acna on the sidelines of the event.

According to Ade, this activity was originally held to welcome The Anniversary of FITK and UIN Jakarta in May as well as a forum for friendship and promotion of Department PIAUD UIN Jakarta. But due to concurrent with the graduation ceremony, only on October the event can be implemented.

“Piaud is the youngest department in this faculty. For that, in addition to spur the creativity of children in the arts world with Islamic character, we also want to socialize to the school that Piaud has opened in the campus UIN Jakarta, “said the fifth semester student.

In line with Ade, Chairman of the Department (Kajur) Piaud Siti Khodijah MA said this Festakara is the first activity in its activities involving surrounding communities and schools TK and RA around Tangsel.

“The goal is to establish friendship with the community as well as convey information to them that UIN Jakarta opened the Piaud Department which is thick with Islamic values, both from the art side and in the development of the competence of early childhood,” said Khodijah.

Although he was only in his fourth year, he explained, the Department of Piaud UIN Jakarta has been accredited B.

He added that besides holding competitions for the participants, for the children who participated in delivering their school envoys, also provided some centers, such as coloring centers with fingers, clinging centers, erupting mountain centers, to develop both cognitive and psychomotor abilities of children.

“Insha Allah in the future we will develop more to become a center of Islamic-based media for early childhood education,” he hoped.

In the event opened by Vice Dean for Academic Affairs (Wadek I) Dr M Zuhdi MEd is provided prizes in the form of trophies, certificates and coaching money. (usa-rs)