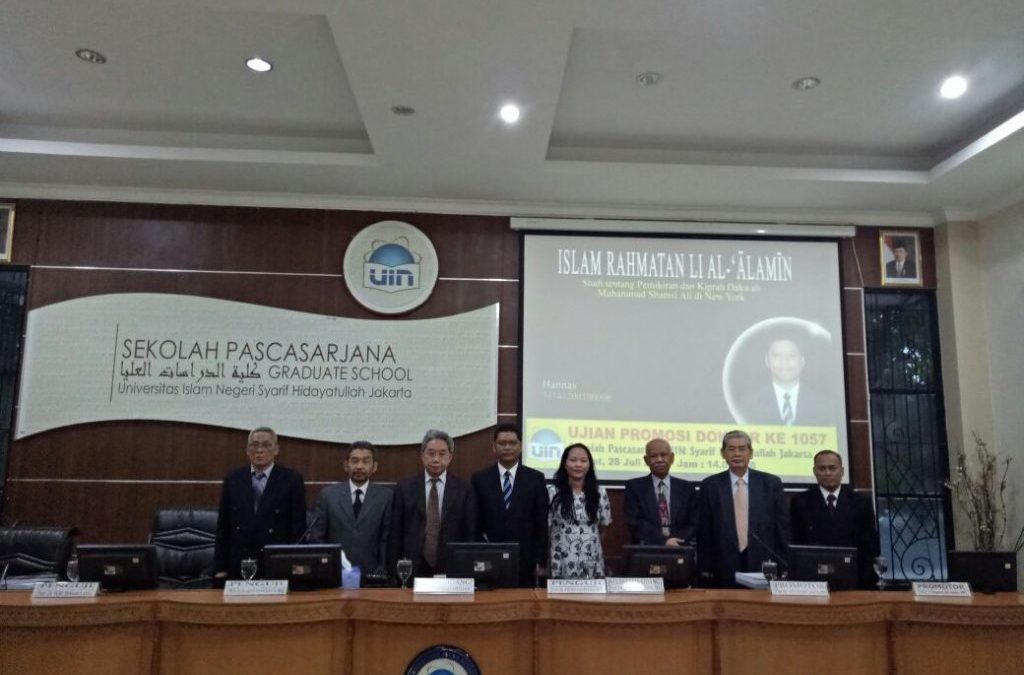 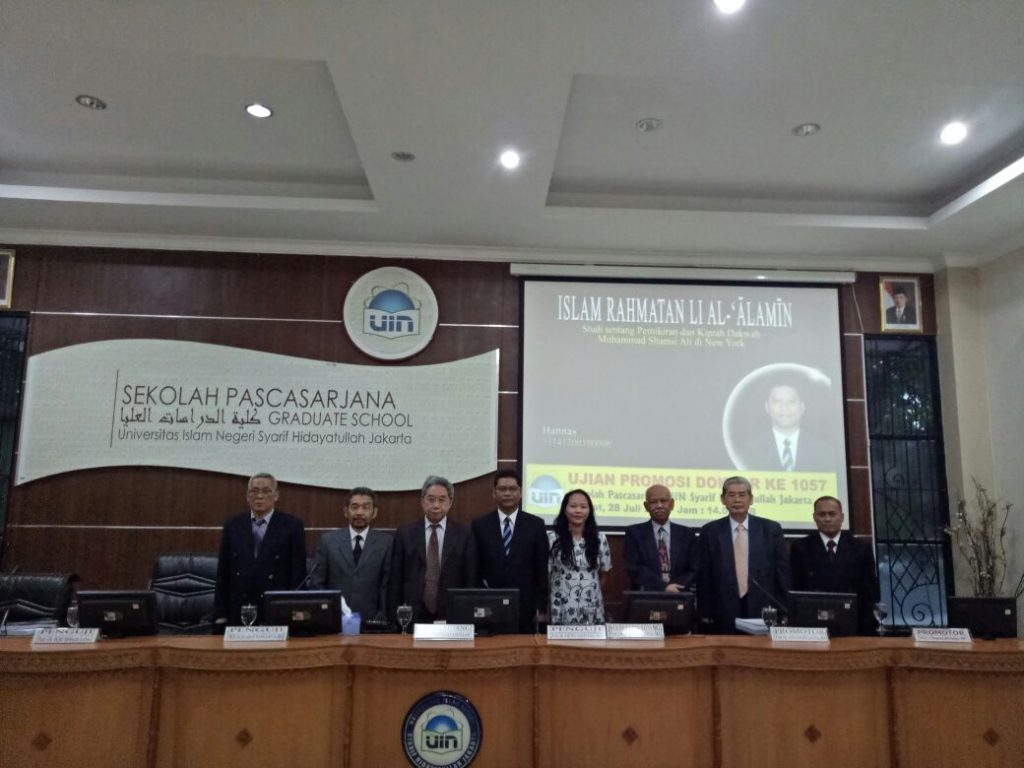 SPs Auditorium, UIN News Online â€“ Imam from Islamic Cultural Center, New York, United States, Shamsi Ali is considered capable to encouraging the growth of Islam Rahmatan Lil Alamin in the midst of USA. Additionally, his model of da’wah is considered new, so it becomes an important contribution to the development of the religious da’wah theory today.

Hannas research findings noted that the role of Shamsir Ali Islamic Preaching was quite successful by encouraging the embodiment of Islam rahmatan lil Alamin in the midst of American society. According to him, such things cannot be separated from the two methods of da’wah used by Shamsi Ali, which is inclusive preaching modelÂ danÂ open preaching model.

The first model deals with the way Shamsi Ali invites other religious leaders to jointly preach their peaceful religious teachings of their own. The second model cannot be separated from the openness of Shamsi Ali to discuss the material that has been delivered with his congregate.

â€œThe inclusive and open preaching model, are not well known the Christian missionary literature and also contributed by Shamsi Ali in the development of the da’wah theory,â€ said Hannas.

He also added that on the conceptual level, Shamsi Aliâ€™s Islam Rahmatan Lil Alamin contributes to the form of expanding emphasize on humanitarian aspects. This contribution also makes Shamsi Ali’s da’wah quite popular in the US.

â€œThe emphasis on these aspects of humanity is translated into seven characters of Islam Rahmatan Lil Alamin, that is the common good, the cooperation with all people, positive and optimistic behaviour, the attributive attitudes, the tawakal, the da’wah without compelling and appreciating the pluralism,â€ he added.