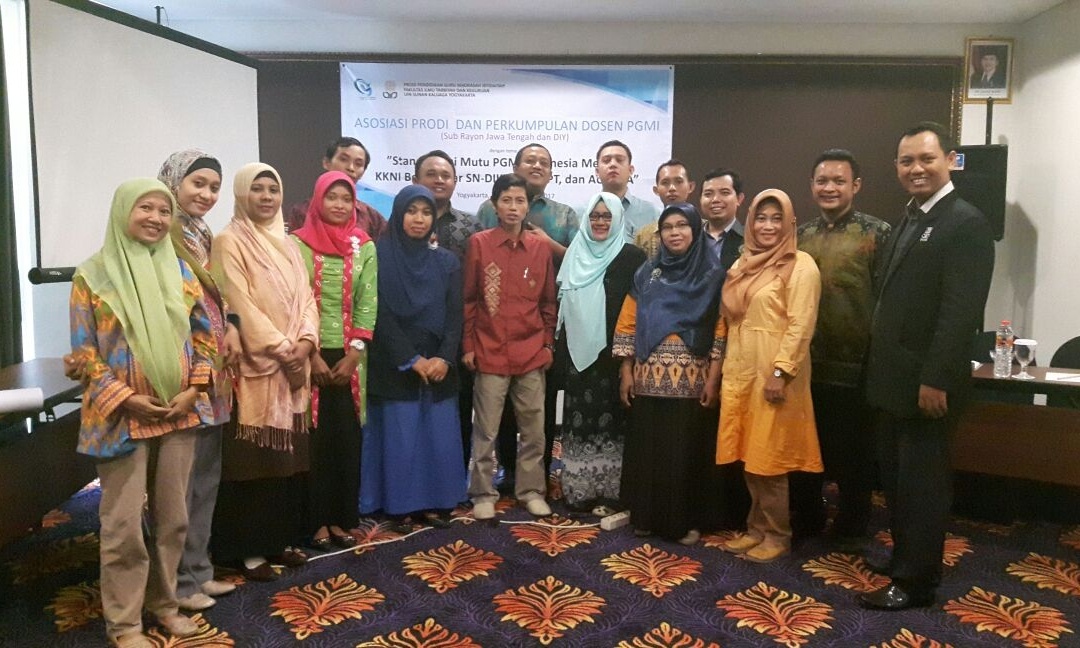 After leading the inauguration, Fauzan in his speech confirms that the activeness of PGMI lecturers in the association or special association PD PGMI Central Java-DIY will have an impact on the accreditation of PGMI itself.

“Later it will all be inputted to the website of PD PGMI and there is a membership card and its activeness will be monitored continuously,” said Vice Dean for Student Affairs Cooperation and Alumni (Vice Rector 3) Faculty of Tarbiyah and Teacher Training (FITK) UIN Jakarta.

In the future, he continued, PD PGMI Indonesia will be a forum for the development of lecturers of PGMI Indonesia, because the program is jointly owned and not belong to certain PTKIN.