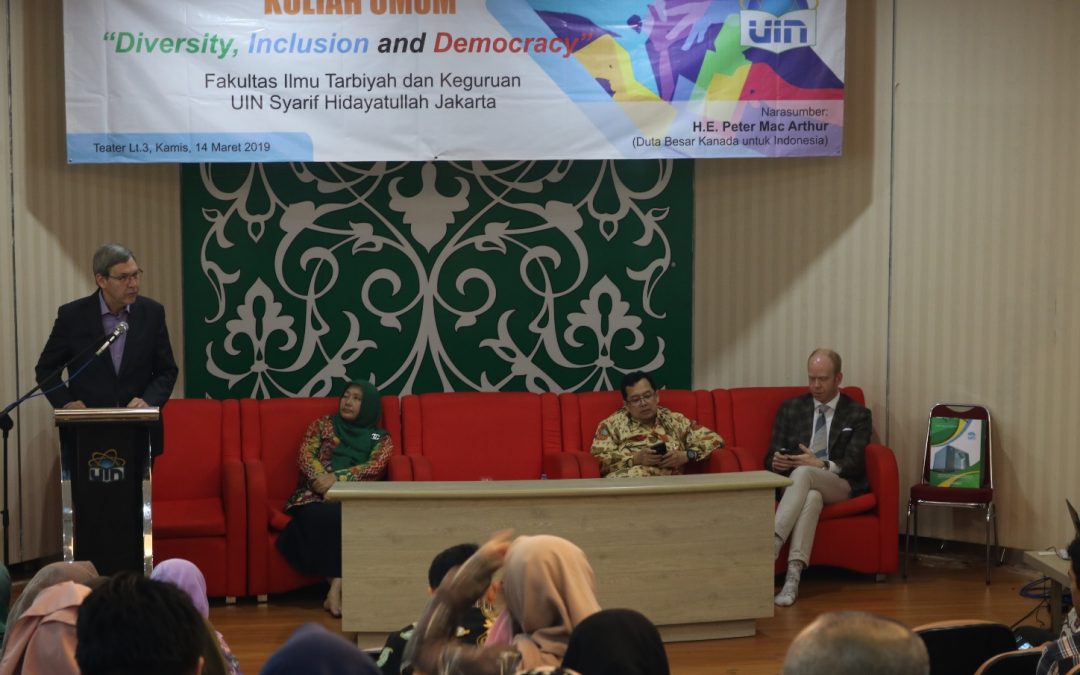 Sururin in her remarks said that Indonesia consists of of hundreds of distinct native ethnic and linguistic groups, as well as religions. “Our main concern is that there are several groups that are considered to be left behind.”In the past, women just stayed at home and did not need to study at school,” said Sururin.

But today, she continued, women are now given the same rights as men. According to Sururin, the biggest problem is an access for students with special needs

“We must recognize that our university must work hard in order to provide access to quality education for all, including those who have special needs,” she added.

Furthermore, related to democracy which emphasizes the equal opportunities for everyone to participate in every aspect of life, still facing resources distribution inequality in several countries, including the educational aspects.

“Therefore, this public lecture is considered very important to be held, because we can learn on how to deal with democracy,” she concluded.

“Canada and Indonesia are thousands of kilometers away and even, almost on the opposite side of the world, but we have a lot in common,” he said.

In his presentation, Arthur quoted President Soekarno’s speech in 1956 before the Parliament of Canada. In his speech, Soekarno said that one of the most extraordinary phenomena in modern history was that the Indonesian people, although they inhabited 3,000 islands, were united as one nation, without pressure, without coercion, without civil war. In other words, Indonesia was designed by its founders as a form of life ideas from Bhinneka Tunggal Ika (unity in diversity).

“These words are even more relevant today and can be applied to our country. Diversity in Canada and Indonesia is a fact, but inclusiveness is a choice. The benefits of being inclusive are significant,” said Mac Arthur.

After he delivers his speech, Arthur took time to attend a meeting with UIN Jakarta lecturers who were alumni of Mc Gill University Canada at the UNI club of UIN Jakarta. (usa)