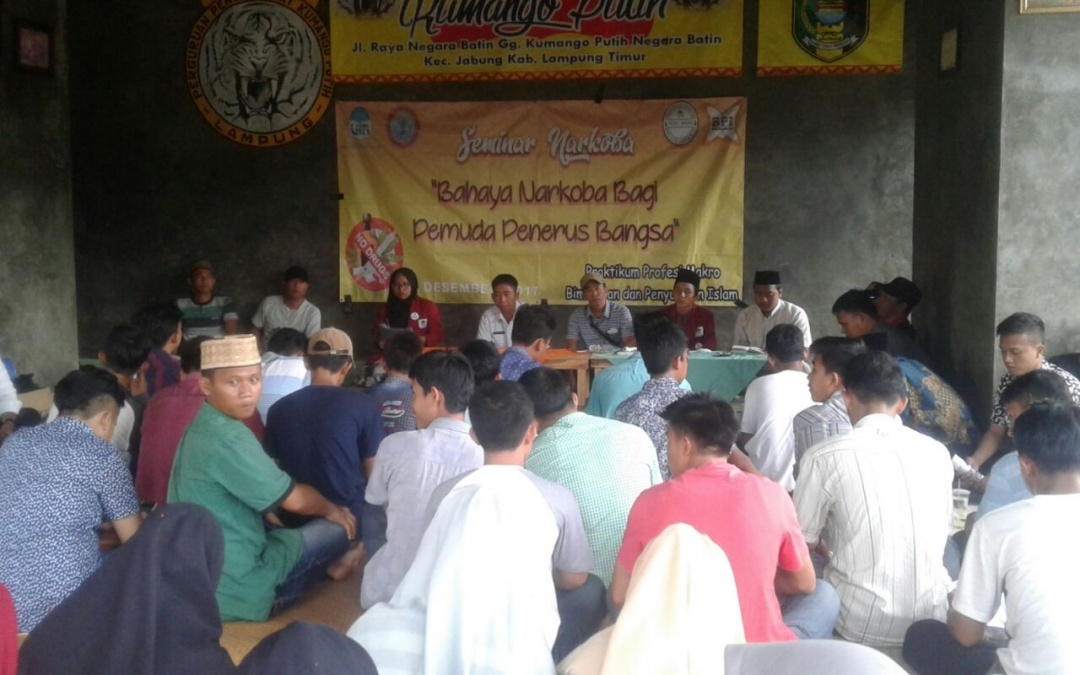 JABUNG, UIN NEWS Online — The 2017 Guidance Counseling Practicum (BPI), Faculty of Dakwah and Communication, UIN Jakarta held a drill hazard for the people of Negara Batin Village, Jabung District, East Lampung, on Thursday (21/12/2017). This counseling acted as a prevention of drug abuse among the local community.

To the UIN NEWS Online, Chairman of the 2017 Macro Awareness Practicum group, M. Hanif Baskoro said, counseling is an effort to prevent the use of drugs as well as understanding the dangers. According to him, the introduction of the dangers of drugs is done following the AIDS education to the local youth.

“We hope after following some counseling, local youth can really understand the dangers of drugs, and stay away from drugs by not dabbling,” he said.

After the counseling, Johan Ibrahim admitted so far Jabung area known public as a nest of drugs and criminal acts. “The beginning of the crime is certainly due to drugs, but it is done by a handful of people,” he said.

According to Johan, such counseling can provide insight for the youth, however, in reality the users have not realized how big the effects of drugs. He thanked the party reporting to the BNN to notify BNN Lampung Timur.

“I am very enthusiastic about this event, but I advise that not only students, but the community, especially the youths participate in the fight against drug trafficking because they are the ones who understand how the condition of their village,” he said.

On the other side, the Head of the Country Village Batin, Mansyur Syah, S.E gave appreciation to the students who have succeeded to include BNN in this village. He hopes BNN can provide solutions for its citizens who become victims of drug abuse.

“Hopefully they can get rehabilitation, and the person (dealer) on a large scale can be destroyed,” he concluded. (usa)