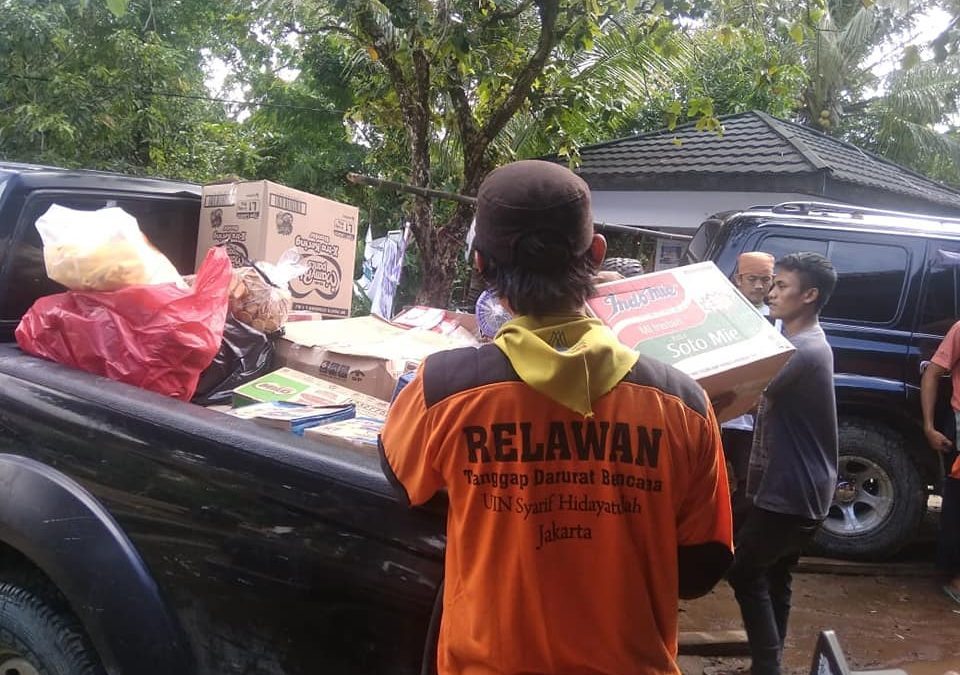 This was conveyed by the BNPB Emergency Repair Director Medi Herlianto, during the PTKIN Rector FGD, held the Diorama Room on Monday (02/18/2019). Medi was invited to socialize the importance of disaster mitigation efforts to the PTKIN Rectors. He was representing the Head of BNPB, Doni Monardo.

“We have disaster mitigation obligations to reduce the risk of much greater losses. Therefore, we from BNPB hope that PTKIN will adopt disaster issues in the curriculum, or open a disaster management study program,” he said.

The adoption of the curriculum and the opening of the disaster management study program, he explained, is very much needed considering that Indonesia’s geographical area is in a disaster-prone area. In addition to being in the ring fire in the form of a series of volcanoes, other risks are floods, landslides, tsunamis, and even liquefaction.

Referring to experience, he said, the various risks resulted in very significant damage in the form of casualties, environmental damage, and other materials. The tsunami disaster and liquefaction of Palu, for example, is projected to cause material losses of no less than Rp. 24 trillion, West Nusa Tenggara earthquakes Rp. 18 trillion, and the Banten and Lampung tsunami disaster of Rp. 5 trillion.

In response, Rector of UIN Jakarta Amany Lubis welcomed the proposal from the BNPB. According to Amany, the proposal is very good considering that Indonesia is in a disaster-prone geographical area.

In addition, she continues, disaster issue was also very important to be adopted into curriculum. “This is in line with the religious moderation attitude that requires religious individuals to preserve the environment, in addition to obeying religious obligations and respect for diversity,” said Rector. (usa)