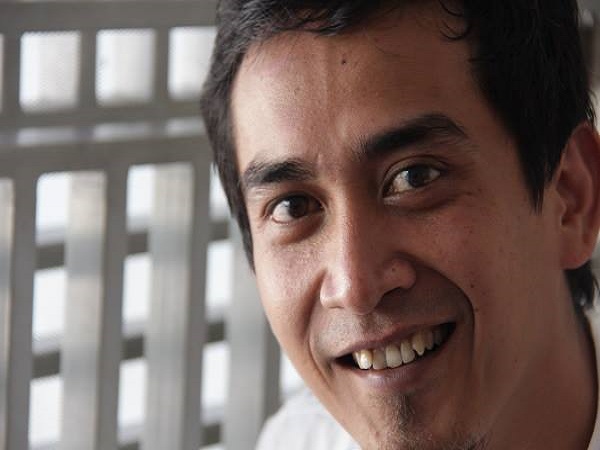 Rectorate, UIN NEWS Online – Blogger UIN Jakarta, Syahirul Alim, won The Best Opinion nomination at Kompasiana Awards 2017 in Jakarta, Saturday (21/10/2017). Nominations are obtained on the productivity of authorship, the sharpness of analysis, and the popularity of each of his opinions in highlighting various social, political and religious issues contained on the Kompasiana page, managed by Kompas Cyber ​​Media.

Responding to the award, the staff of UIN Jakarta Language Development Center chose to be modest. He claimed to write only his hobbies and his way of voicing his opinions on various social, political, and religious issues. In addition, writing for him is only a reflection on his critical attitude as well as his desire to pass on the work of benefit to the public.

“But thank you for the award (Kompasiana, ed.). May I keep working for myself. It’s an appreciation for me, “he added.

Known, Kompasiana through Kompasianival 2017 gives an appreciation for a number of bloggers who join and actively write opinions various aspects of social life. There are seven categories of awards to be awarded, ranging from Best in Citizen Journalism, Best in Fiction, Best in Opinion, Best in Specific Interest, Lifetime Achievement, People’s Choice, and Competition of the Year.

On the other side, Alim said, more than the last year he actively wrote on the page Kompasiana. Dozens of articles on various social, political, and Islamic issues have been published on the online publication website developed by Kompas Cyber ​​Media since October 22, 2008.

Friday (20/10/2017) before, Alim   wrote an article entitled “Santri-Kota and Luruhnya Idealisme “Kesantrian” on the Kompasiana Page. In an article read by more than 1000 readers, Alim highlighted the adaptations that pesantren, kyai, santri and their traditional values ​​must take on the swift currents of modernism and social change.

Still on the same month and page, Alim also wrote a number of other articles. On Thursday 5 October, for example, Alim writes articles Questioning Military Students as his criticism of the fulfillment of National Day of Santri is merely the government’s accommodative politics on the strength of the political voice of pesantren rather than placing students and pesantren as a culture.

In addition to diligent writing on the page Kompasiana, Alim also productive writing articles on various pages of other online publications such as Indonesiana that dikeloa Koran Tempo and Geotimes. On Thursday (12/10/2017) earlier, Alim wrote Polygamy in Between Emergency Humanity and Hedonism on the pages of Tempo Indonesiana, highlighting the root of the debate on Polygamy with an Islamic point of view.

Still in the same month, the alumnus of Master Program of Political Science UI publishes his article Akrobat Ustadz “Seleb” and Gelinjang Media Sosial on the Geotimes page. In an article published Friday, October 13, Alim voiced his criticism of the tendency to improve the self-image of religious leaders through social media, not through scientific and social work.