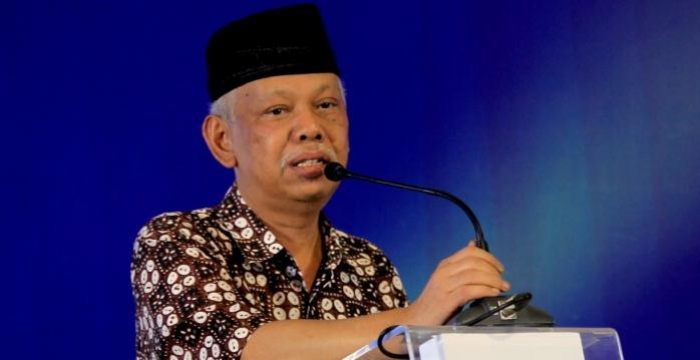 Reported by Republika.co.id, Professor of History and Islamic Civilization of UIN Jakarta, Prof. Dr. Azyumardi Azra MA said the government and Islamic organizations have an important role in strengthening religious education in Indonesia.

“The largest and oldest Islamic organizations such as MUI, NU, and other Islamic organizations play the greatest role in religious education in Indonesia. Of course, the Ministry of Education and Religion helped make religious education policy, “he told Republika.co.id after the event ‘Violent Extremism & Religious Education in Southeast Asia’ at the Oriental Hotel, Jakarta, last Tuesday (12/12/2017).

According to him, Muhammadiyah is famous for thousands of pesantren can develop a system of religious education institutions based on the national curriculum. Likewise with NU and other Islamic organizations that can apply moderate Islam.

“Islamic organizations by strengthening Isathiyah Islam can strengthen religious education institutions such as pesantren, madrasah and others,” he said.

Nevertheless, the lack of knowledge of the teachers of religious education. Currently, according to him, many teachers influenced Islamic radicalism.

“This is what spread a single perspective, the matter of politics, the economy does not understand so easily accept the understanding of the Islamic state,” said Azyumardi.

As a result, nowadays there are Wahabi Salafi pesantren which spread in Indonesian territory. This educational institution that should be closely monitored by the government, especially about the hidden curriculum.

“There are about 200 Wahabi Salafi pesantrens in Indonesia. They claim to have a national curriculum, but they have a hidden curriculum, which refuses to fly red and white flags, singing the Indonesian national anthem. This is what led to the emergence of radical ideas, “he said.

To that end, Azyumardi asks, the government firmly supervise the Wahabi Salafi pesantren, as well as provide comprehensive knowledge to the teachers that Islam is not against the nationality.

“The Ministry of Religious Affairs can oversee the institutions that have hidden curriculum (this is usually applied to Ashar before Maghrib, from Magrib to Isya or Shubuh, well that needs to be watched, any books and ideas taught by the teachers,” he asserted.

“These (teachers) are given a nationalist perspective, a holistic Islam that Islam is not opposed to Indonesianism, that if Indonesia progresses that will give its full benefit if the chaos that bear is Muslims,” ​​he concluded. (usa-rs)