Azyumardi Azra: PAI Lecturer Must Be More Creative and Imaginative 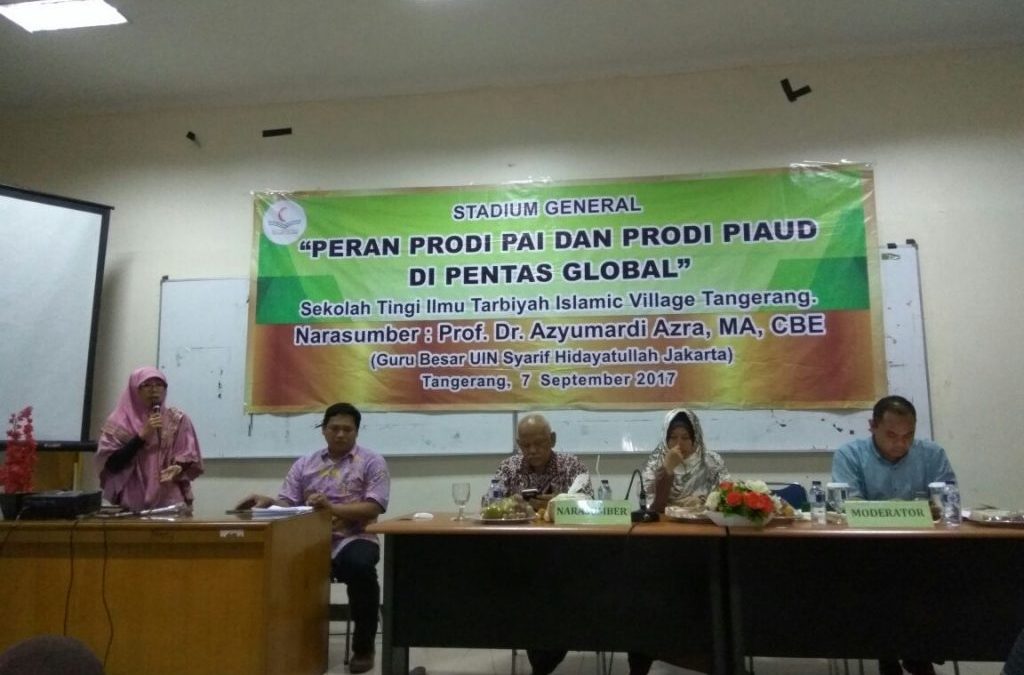 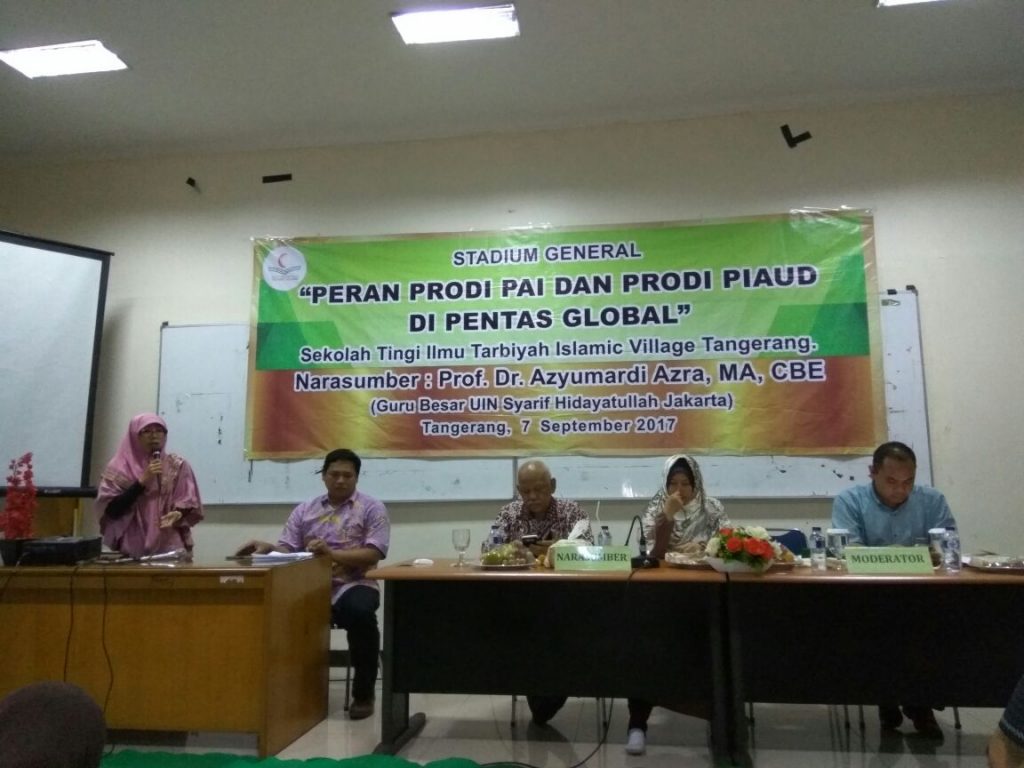 STIT, UIN News Online – Lecturers of Islamic Religious Education Course (MK PAI) should be more creative in substantial mastery and learning MK PAI. In order to leave difficult and limited situations, creativity and imagination is one way to find way out, lecturers can break the gap to improve things.

The above thoughts were given by Prof. Dr. Azyumardi Azra, CB at the Studium General Inaugural lecture of new students MK PAI, Tarbiyah School of Science (STIT) Islamic Village, Tangerang, Banten, September 7, 2017. This Studium General moderated by Deden Syaiful Ridhwan, get a warm welcome from students and STIT academic community.

According to Azra, the burden of curriculum in formal education institutions or colleges was more like a ‘torture’ place for students, rather than a friendly place to expand knowledge, including Islamic knowledge and personality shaping. Campus was no longer a fun place and enjoyable that provides inspiration and passion. Campus made students become bete and butek and get emotional easily which often culminated to tawuran or brawl.

With the burden of curriculum which it was consider still very heavy like now, he continued, almost no more room left for creative imagination of the students. Especially in learning PAI and all other lesson, the lecturers conveyed all materials cognitively which must be mastered by the students each word (verbatim); there was almost no emphasis on affection and psycho-motor.

“The source of ‘torture’ for students and other learners at all levels of education should be addressed. Such a heavy curriculum should be simplified, “said Professor of UIN Syarif Hidayatullah Jakarta.

Looking at this situation, according to Azra, it was necessary to develop the model of learning of MK PAI in universities generally, especially in general Prodi, whether public or private, it became an urgent need for several reasons.

Some of the reasons in Azra’s framing concept that it can be sorted out in several ways. First, the widespread perception among the public that MK PAI has ‘failed’ in forming students with character and morality because there was still rampant brawl among them. In addition, there are also among students who from time to time perform unlawful acts such as using drugs and so on.

“The result is students among them put Islam in a diametrically position with Indonesian-way and modernity. They are otherwise much influenced by transnational Islamic understandings – non-political such as Jamaah Tabligh or political like Salafi and Hizbut Tahrir Indonesia – which are incompatible with Islamic washatiyyah’s perspective and tradition, Indonesiansâ€™ way and modernity, “Azra said.

For this reason, Azra offered several options. For him, the effectiveness in increasing of MK PAI was one of the main keys for the formation of students with good characteristics or akhlaqul-karimah, good personality and have love for the country â€“Indonesia. It was needed to perform breakthroughs both in improving the substance of PAI itself and also in its learning.

He further confirmed that educational institutions, especially universities, were not only obliged in transfer and transmission of science, expertness and qualified, but also in shaping active and responsible citizens for their future as a Muslims and nation-states.

“Therefore, schools and colleges in particular immediately proceed and take essential and urgent steps together to recover the role of MK PAI,” he said. (usa-im)