Azyumardi Azra: Intolerance Exist in Outside of Islam 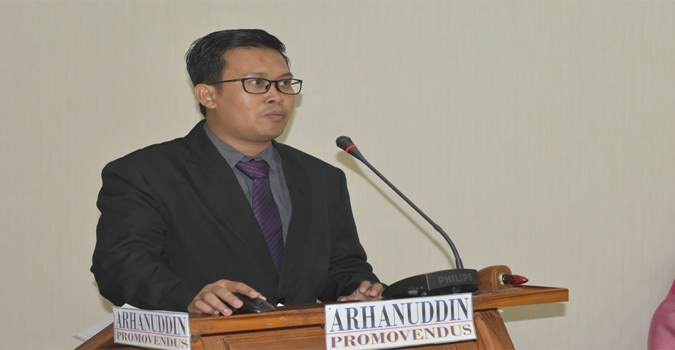 The thought above was given by Prof. Dr. Azyumardi Azra CBE during the dissertation session of Arhanuddin Salim at the Graduate School Auditorium of UIN Syarif Hidayatullah, Jakarta, last week. Dissertation entitled “Cross-faith Religion Education: Comparative Study of Cross-Faith Education Model at Interfidei Yogyakarta, ICRP Jakarta, and Jakataru – Bandung”. Azra considered that the dissertation does not reveal other facts about intolerance in the realm of non-Muslims.

Promovendus Arhanuddin gave the explanation that Manado where he grew up was the most tolerant city in the period of 2017. This data is based on the Setara Institute survey which positions Manado as the most tolerant city. In the Setara Institute survey, the highest tolerance score was reached by Manado City 5.90 percent, followed by Pematangsiantar, Salatiga, Singkawang, Tual, Binjai, Kotamobagu, Palu, Tebing Tinggi and Surakata.

“Do not make up your own statement that Manado is the most tolerant city. That’s according to the Setara Institute survey. I’ve been to Manado. And I found many facts that Manado developed an intolerant attitude toward other religious groups, “Azra told promovendus Arhanduddin.

Azra further explained the fact that in the Manado City government bureaucracy, the percentage of Muslims who occupy strategic posts are quite low. Situations like this reinforce that intolerant attitude also thrives among non-Muslims. A tolerant and pluralist attitude are understood only in one-sided glasses.

In this context, Arhanuddin explained that the need to apply the concept of religious pluralism in the religious education material. Religious studies taught in high schools and colleges should be reconstructed. Learners should be able to learn religion, not only limited to his religion alone.

“Interreligious dialogue which tends to be elitist, only religious leaders and sometimes a political tool of the government to coopt the religious community with all sorts of policies, should begin to be shifted into the education system,” said Arhanuddin.