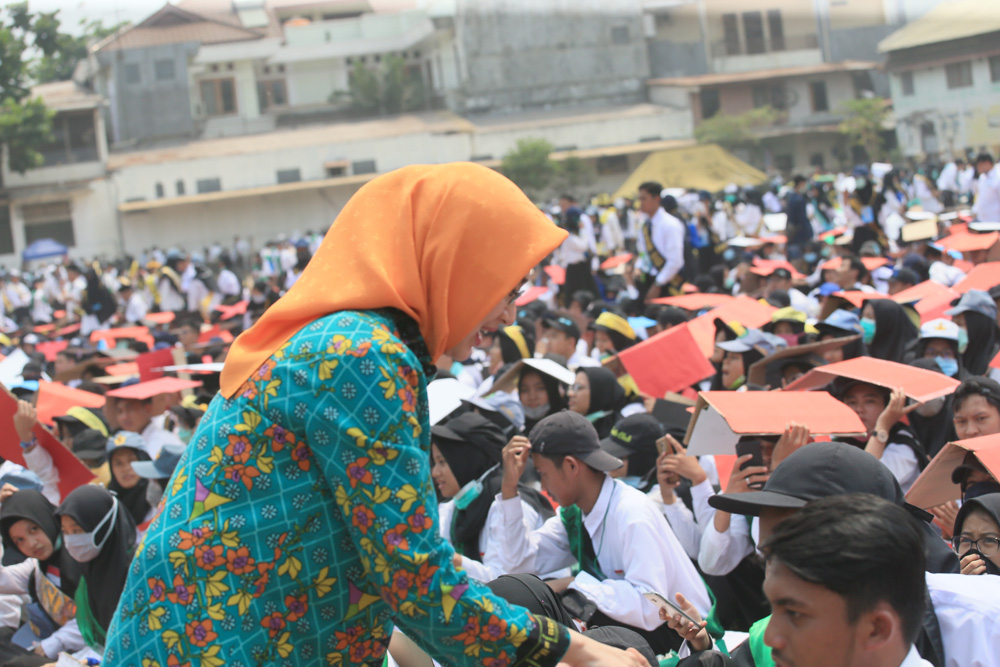 This was conveyed by Airin in front of thousands of UIN Jakarta students at the closing of the Introduction to Academic and Student Culture (PBAK) at the UIN Jakarta Field  on Thursday (08/30/2018). “I welcome you to the City of South Tangerang, especially for students from outside South Tangerang. Let us know this city well, because Tangsel is identic with smart, modern, and religious city,” she said.

According to Airin, the existence of UIN Jakarta as an Islamic campus in the City of Tangsel is very strategic for efforts to encourage the acceleration of development in the field of religion. Because UIN Jakarta is an asset for the City Government of South Tangerang and hopes to contribute a lot to development.

To new students, Airin also advised to complete college on time and achieve brilliant achievements with a high cumulative achievement index (GPA). Because competition in the current global era is extraordinary, so it requires reliable college graduates, she said.

“Today is era of global competition. Students must be able to compete by enhancing achievement,” she said.

Airin at the closing of PBAK then asked several new students from Tangsel City and outside Tangsel City to go on stage. She asked them to give their views about South Tangerang City.

Then, the wife of Tubagus Chaeri Wardana stepped down from the stage and approached the new students sitting in the field. She greeted students one by one before returning to her office.

PBAK which was held since August 27 was attended by approximately 6,500 new students. They come from 12 faculties and 58 study programs. (usa)