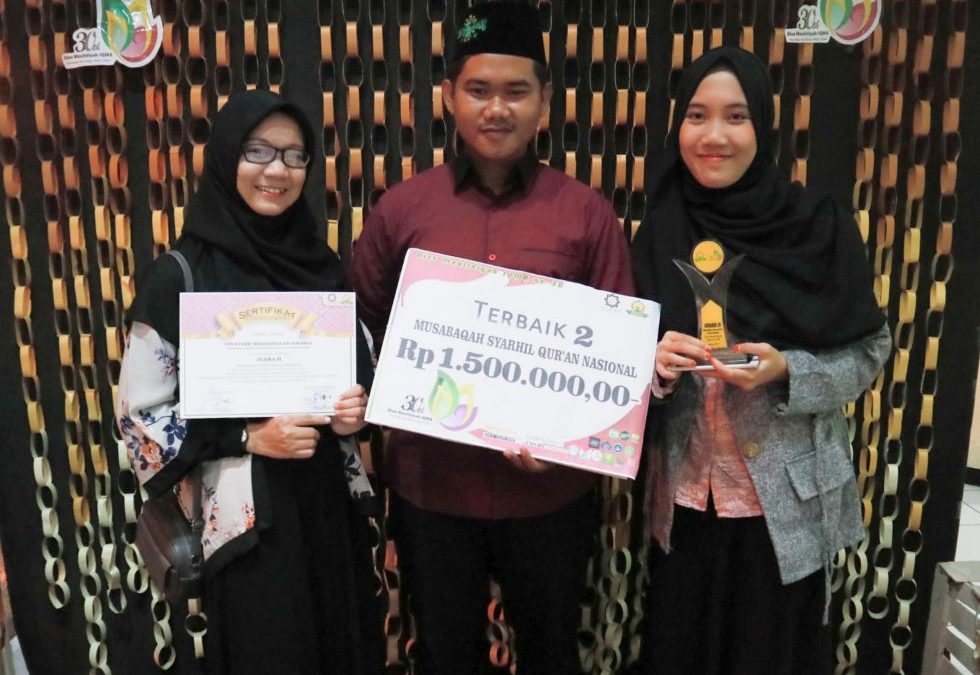 Surabaya, UIN News Online – Student Association of Qori and Qori’ah (HIQMA) UIN Jakarta, again made achievements at the national Musabaqoh Syahril Qur’an (MSQ) event at UIN Sunan Ampel, Surabaya, Friday-Sunday (09/06-08/2019). At the event, which was attended by at least 29 MSQ groups from various regions, HIQMA UIN Jakarta succeeded in getting 2nd place and being entitled to a charter and coaching money.

They are consists of Reza Saputra (FSH), Dian Prabawati (FU), Khairunnisa as (FIDK), and one official, M. Khoirul Habibi.

When confirmed by UIN NEWS Online, Wednesday (09/11/2019), they said that this activity was an event to continue to train themselves in practicing da’wa.

“By participating in this activity, we gain more knowledge, experience, and keeping the silaturahim. We hope that more and more people will love to conduct the syi’ar activity, according to their individual interests and talents,” said Khairunnisa. (usa/lrf)