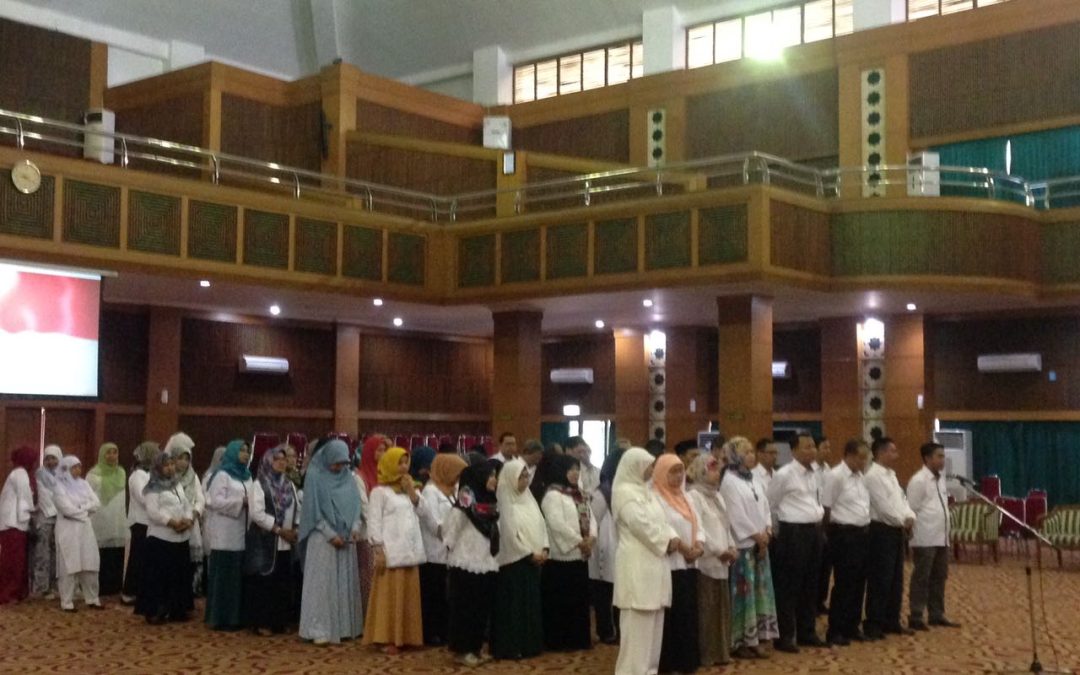 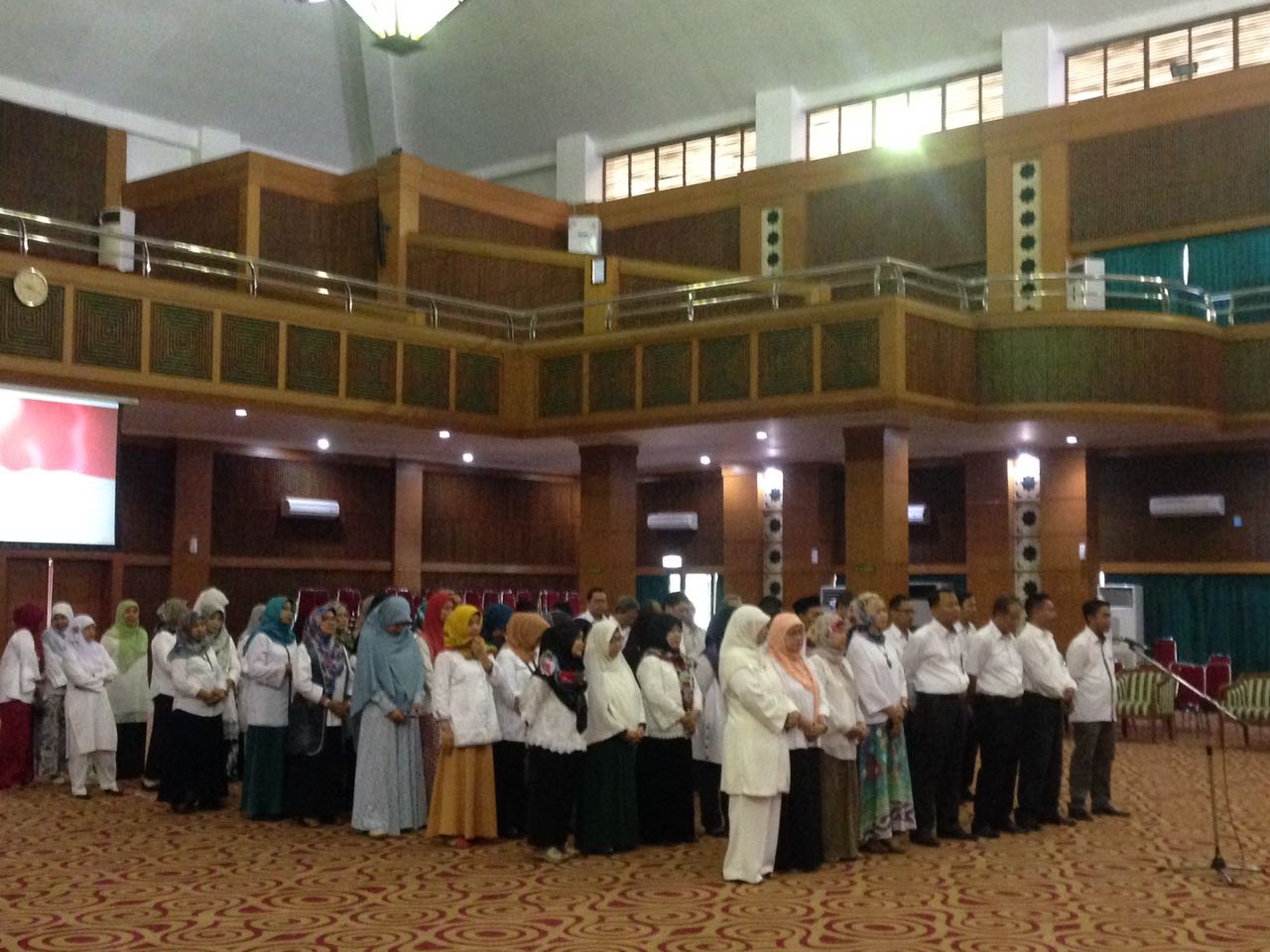 Main Auditorium, UIN NEWSÂ Onlineâ€” Based on Bureaucratic Reform Program and Ministerial Regulation of PAN and RB No. 52 of 2014 on the Guidelines for the Development of Integrity Zone Toward a Corruption-Free Territory (WBK) and the Clean Serve Bureaucratic Territory (WBBM) in the Environment of Government Agencies and KMA Number 186 of 2017 on the Guidelines for the Implementation of Integrated Zone Development Toward the WBK and WBBM of the Ministry of Religious Affairs of the Republic of Indonesia UIN Syarif Hidayatullah Jakarta, Monday, September 4, 2017, implemented the signing of Integrity Pact for all Echelon 3 and 4 officials in UIN Syarif Hidayatullah Jakarta. This was conveyed by the Head of Organization, Personnel, and Legislation, Suhendro Tri Anggono S. Ag, M. Si, when found UIN NEWS in his office, Monday 4/09/2017).

According to the Rector, Prime Service Concept have 5 main characteristics, which is fast, precise, accurate, cheap and fun. Therefore, all Third and Fourth Grade Echelon officials must improve their service quality as best as possible. In addition, it is expected that all Third and Fourth Grade Echelon have high morale, integrity, accountability, creative and professional to ensure the achievement of the ideals of UIN Syarif Hidayatullah Jakarta become the leading University at national and international level. (usa)