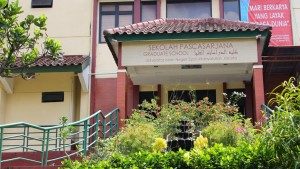 SPs, UIN News Online – As many as 56 of 86 applicants passed the new students admission selection of Post-Graduate School (SPs) UIN Jakarta. Those who were passed the selection consisted of 39 Master’s Degree (S2) applicants and 17 Doctoral Program (S2).

Secretariat staff of SPs UIN Jakarta Arief Mahmudi said that participants who pass the selection are obliged to re-register on February 9-16, 2018. They also obliged to participate in Orientation Period that will be held on February 19-21, 2018.

“This procedure is in accordance with SPs UIN Jakarta academic calendar,” he said.