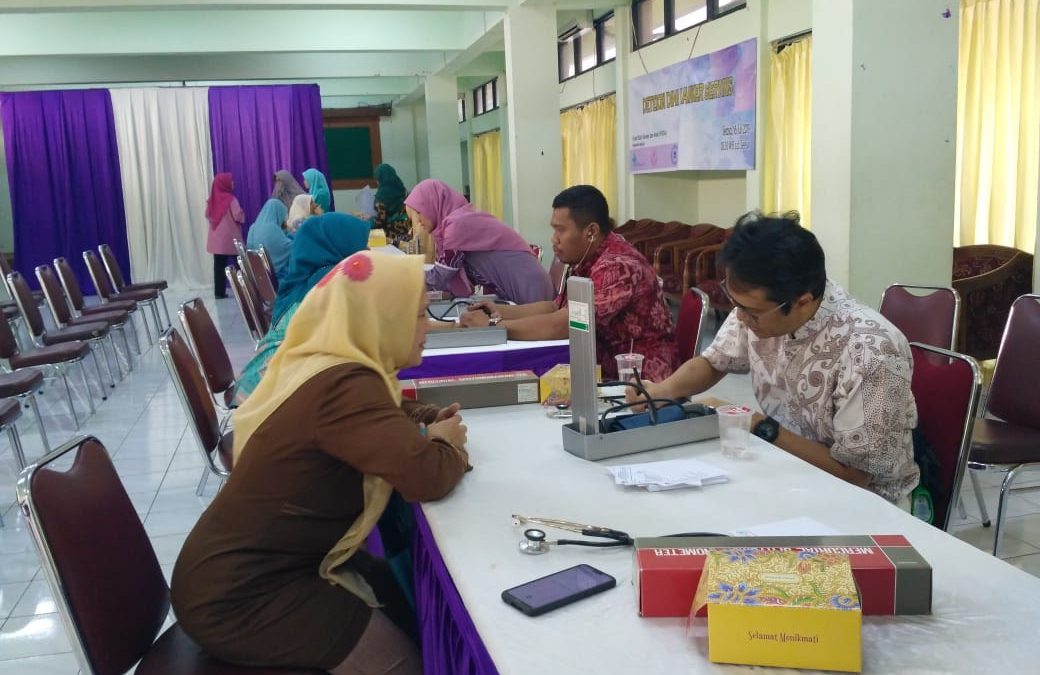 The event, which involved 27 doctors and two medical personnel, was aimed at providing knowledge as well as early warning and prevention of the dangers, signs and treatment of cervical cancer.

This was said by the Head of PSGA UIN Jakarta Ulfah Fajarini to UIN News Online. Ulfah also added that this activity is expected to positevely contribute in creating a healthy environment at UIN Jakarta.

Regarding the target participants, we did not limit it, as long as supplies of supporting equipment were still available,” said Ulfah.

According to Ulfah, this activity is part of the UIN Jakarta’s concern towards the quality of life for women, especially in the UIN Jakarta environment.

“We both know that Cancer is a d world’s most serious illnesses that kills more people than any other disease in the world, so we feel like we have to hold an event like this regularly,” she said. (usa/lrf)