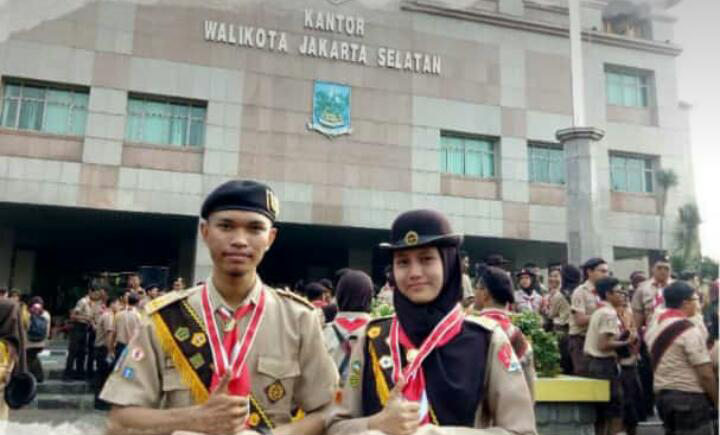 According to Chairperson of the UIN Jakarta’s Gugus Depan, Nanang Syaikhu, Garuda Scouting is the highest achievement for students. These achievements are found in every group of Scouts, namely Siaga (aged 7-10 years), Penggalang (ages 11-15 years), Penegak (aged 16-20 years), and Pandega (ages 21-25 years).

To achieve this highest achievement is not easy. Many conditions must be met. In addition to being registered as an active member continuously, students must also be able to achieve other scouting skills achievements, and various achievements to participate in activities that are proven by certificates.

“Garuda Scout achievement is rarely achieved by students, especially at the Pandega level,” he said.

At UIN Jakarta itself, continued Nanang, every student is always encouraged and directed to reach Garuda, not limited to general skills (TKU) or special skills (TKK). This is important so that Jakarta UIN Scouts can achieve more achievements as well as various experiences.

“In Scouting there are a lot of awards, both for students as young members and adult members. All awards can be obtained based on dedication and devotion in the Scout Movement,” said Nanang (usa/ns)