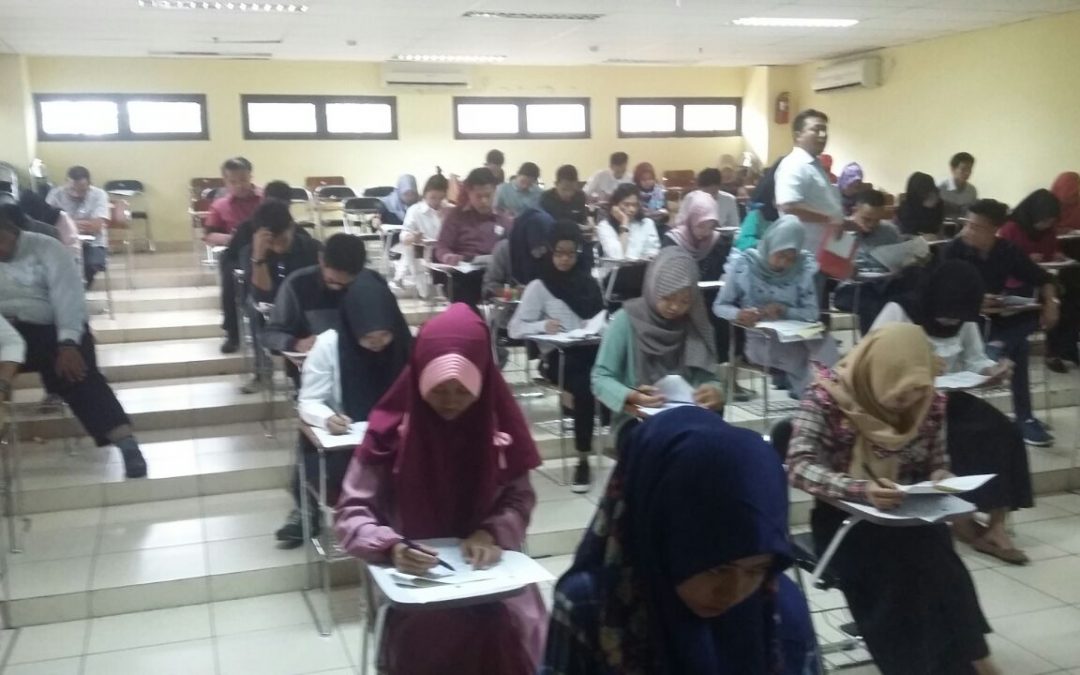 Rectorate, UIN News Online – As many as 143 of the 396 candidates for the Professional Pharmacist Faculty of Health Sciences (Fikes) UIN Jakarta were declared to have passed the first stage of selection. The graduation of candidates had been announced through the official website of UIN Jakarta on April 16, 2019.

As previously reported, Fikes UIN Jakarta has selected as many as 396 candidates for the 6th Pharmacist Professional Study Program for the 2019/2020 academic year. They are Pharmacist S1 graduates from various universities in Indonesia.

Stage I selection was held on April 6, 2019 using a computer-based system (Computer Based Test / CBT) in the CBT Center room of the Faculty of Medicine, UIN Jakarta. The selection material on the CBT system amounts to as many as 100 questions with 10 minutes of pre-exam training time and 90 minutes exam.

Participants who were declared to pass stage I will then take stage II selection in the form of essay examinations and interviews. Stage II selection was held on April 23-24 2019 in the Fikes Street Kertamukti No 5 building, Pisangan, South Tangerang, Banten.

Selection of essay sessions starts at 08.00-10.00 at the MK Tadjuddin Auditorium, and followed by the interview session at 10:30.